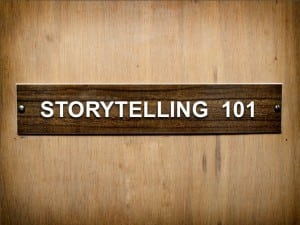 It took less than two weeks for Instagram’s newest video feature to overtake Vine for social media shares. On June 27 Topsy reported that Instagram video shares were north of 1.5 million, versus Vine, which came in just south of a million.

Visual storytelling has established itself as a narrative standard within the digital space. And the number of visual platforms is increasing rapidly and some are servicing billions of shares each day.

The story for PR professionals isn’t who will emerge on top for social video, but instead that video and other visual mediums have become principal storytelling vehicles. According to Karl Gude, graphics editor-in-residence at Michigan State University School of Journalism,  visuals offer increased engagement, retention and recall rates when compared to text or audio appeals. And these attributes should be considered among a communicator’s primary objectives.

With that in mind, visual storytelling needs to be carefully planned and executed. Although platforms like Instagram and Pinterest may be popular and have the ability to lift your brand, the medium is not the message. That is, just because your brand has a visual content strategy, there is no guarantee it will benefit you if you’re doing it wrong.

Consider these four tips for your visual content strategy:

1.       It's all about narratives. Whether it’s a six-second video, a slide show or an infographic, visual content has to tell stories just like written text. And like any other story, there should be a sequence of events, a setting, a theme and a point of view. How each element is delivered should vary, but the fundamental structure follows the same narrative paradigms that have been in place for centuries.

2.      Exploit the platforms that fit your brand best. Ask yourself what kinds of visuals tell the best stories about your brand. For instance, video is immensely popular within the digital space, but it may not be the best way for your brand to communicate who you are and what you do. Keep in mind that there are many other ways to visually communicate–photos, gifs, cartoons, graphs, games, etc.

3.     Transform some of your existing narratives with visuals. You may be taking a new approach but that doesn’t mean your story has changed. The challenge is adaptation, not conceptualization. Think about how visuals can improve an existing narrative, rather than trying to create a narrative that works visually.

4.     Don’t wait around to see what happens. Visual storytelling is not a fad. If anything, it will only continue to evolve. It’s important that your visual strategy is handled with prudence, but that doesn’t mean hesitation. In other words, look for ways to create fresh, innovative content or else run the risk of being left in the dust by your competition.