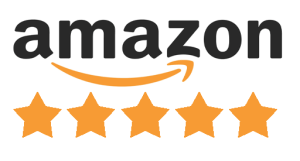 Do you trust online reviews? Amazon is making moves to ensure that on its site, you do—by suing more than 1,000 individuals it alleges are writing five-star reviews in exchange for money. It’s a savvy move by Amazon, which is ever consolidating its dominance over online retail and should seek to have a level of consumer trust that is commensurate. And even if it seems a bit late to address long-running concerns over reviews, the timing could be just right to reverse the tide of negative PR stemming from a recent critique of Amazon’s corporate culture in the New York Times.

Not only is Amazon taking practical steps to purify its review content by going after the fakes, it is making a show of it, landing in news outlets such as Bloomberg, CNN Money, the BBC, and Fortune. This opens up opportunities for the retail giant to boast to the press about its quantity of reliable reviews, its number of customers, and the other less-visible actions it takes to purge low-quality reviews from the system. In a statement to CNBC, Amazon said:

“The vast majority of reviews on Amazon are authentic, helping millions of customers make informed buying decisions. And our goal is to make reviews as useful as possible for customers.”

It’s a smart PR tactic that others can learn from: Make your brand trustworthy by being open and honest about your flaws, and be loud about it.

A move like this carries some inherent risk, in that Amazon is admitting that it does on some level have a fake review problem, which some of its customers may not have heretofore stopped to consider. But by getting out in front of the issue with this proactive lawsuit, Amazon is shaping the narrative and gaining goodwill among its consumers, for whom this issue could not be less divisive. Fake reviews are never good for shoppers, so in effect Amazon is fighting for its consumers against a common enemy. That’s a very powerful message, and one that should be trumpeted.