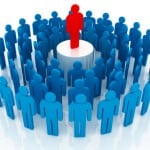 It’s become a communications mantra: Find the people who influence your space and get them to help champion your brand.

But let’s turn the tables. What about the influence that your brand has in the marketplace; perhaps most important on customers and potential customers? For the second year in a row, market research company Ipsos has come up with its Most Influential Brands list. The list is based on five “dimensions” that Ipsos says drives a brand’s influence: engagement; trustworthiness; leading edge; corporate citizenship; and presence.

The most influential brand in the world? According to Ipsos, it’s Google. Yet not every company has such a global footprint as Google. Most strive to be influential within their own industries. To find out what strategies and approaches PR pros use to maximize the influence of their organizations, PR News talked to both B2B and B2C communicators on the topic.

At software company Apriso Corp., influence is achieved by customers feeling good about the decision they make to buy Apriso’s products, says Gordon Benzie, the company’s director of public and analyst relations.

And make no mistake, the buying decisions made by Apriso’s customers are very strategic and very important for their companies. “It’s often a political process,” Benzie says. “An executive is deciding on software that will have a big impact on operations, and that decision will affect finance, administration and IT.”

Apriso is focused on a single tagline: “Manufacturers make things, and our software helps them make things better,” Benzie says. “We must deliver on this promise.”

Once delivered, the executive is confident about the decision, and is ready to share that success internally and externally. Presto: influence earned.

Granted, influence is not a metric Apriso specifically tracks. However, indirectly, Benzie says the ultimate objective of every PR campaign is to raise awareness and influence. In the B2B space, a way to increase influence is through another influencer group—analysts.

Leading up to the launch of a global “traceability” solution for the airline and defense industries, Benzie tapped some analyst firms to get an inside look on market needs of the product. In turn, analyst reviews of products were a significant part of the buying-decision process.

At Schlage, the lock and security brand of Ingersoll Rand, influence is largely gained through thought leadership, says Ann Matheis, Schlage’s brand director. “Thought leadership is a big part of how we influence consumers to choose our products,” she says. At Schlage, social media has become a major platform in spreading that influence.

Matheis is a believer in social media’s ability to gain influence through content that is shared in multiple touch points on the Web. For a product launch or the announcement of a new product feature, a Facebook post might be the springboard toward influence. From there the message could spread via a third party to a blog, through Twitter and back to Schlage’s website. “If your brand is mentioned in specific content relatable to a product, it invariably will appear in many other online venues,” Matheis says.

At Schlage, “how to” content is an important avenue to influence. The more information the company has in its installation videos, which are placed on its website and on YouTube, the more the influence.

Being leading edge, however, isn’t the main driver of influence at State Farm, says David Beigie, the insurance company’s VP of public affairs.

At State Farm, influence equals community and authenticity, traits that have distinguished the company for more than 90 years. “Our 18,000 employees are very involved in their communities,” Beigie says. “They serve on boards, some hold political office, and others are coaches or are involved with charities.”

In terms of influence, Beigie feels that customers are hungry for old-style values projected by State Farm. “When I came to State Farm three years ago, I didn’t fully appreciate these values,” Beigie says. “There’s real sincerity here—it’s about showing up, turning out and making an impact.”

State Farm is in the process of migrating those old-school values into new-school digital/social platforms. “It’s a challenge to take the ‘good neighbor’ values and move them into the mobile and social worlds,” Beigie says.

All of this outreach earns influence for State Farm. Yet Beigie sees influence from a different lens. “When I think of influence, I think of ‘what’s in it for me?’” he says. “Since we’re a service organization, impact—what can we do for others—is more important. It’s not a lot of flashy communications. Instead it’s more of a roll-up-your-sleeves approach.”

As we found, there are a variety of ways communicators can gain brand influence. Looking at Ipso’s Most Influential Brand list, being “leading edge”—one of the five dimensions used to enhance brand influence—loomed large for companies such as Apple, Facebook and Google, says Kristen Thomas, director, Ipsos MarketQuest.

Yet as we discovered, being “leading edge” isn’t the only path towards brand influence. Thought leadership, social innovation and company values also play a big part.

Which of the dimensions drive your brand to greater influence? PRN

Google is the world’s most influential brand, according to Ipsos’ 2013 Most Influential Brands study. What is striking is the number of technology companies on both lists—seven of 10 in the U.S. and six of 10 on the global list. This begs the question: Is being “leading edge” a requirement for gaining influence?