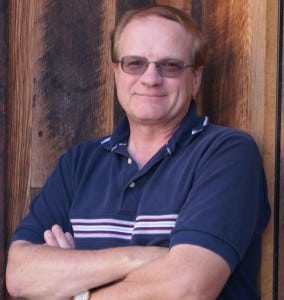 When an armed gunman entered a Sikh temple in a Milwaukee suburb on a sunny August morning in 2012 and killed six people and injured four more before taking his own life, the entire incident was over in five minutes.

However, the aftermath of that tragedy, on Sunday, August 5, in Oak Creek, Wis., lingered for weeks as state, federal and local authorities—as well as the community itself—struggled to sort out what exactly happened and why.

Taking the lead in consoling a shaken city and providing continuous updates to news outlets around the world was Oak Creek Mayor Steve Scaffidi, who had taken office just four months before the mass shooting rocked his community of 34,000 people.

Scaffidi, who had never even conducted a press conference before the day of the shooting, quickly learned how to work effectively with the media in a time of a crisis. And while mass shootings remain rare, many of the tactics used by the mayor and other city leaders are ones that can be used by others who have to deal with the media during any type of crisis.

For starters, Scaffidi said, it’s important to have a detailed plan for dealing with the media and to determine who is going to be the public “face” of the crisis—and what role that person will play.

In this instance, Scaffidi and Oak Creek Police Chief John Edwards clearly delineated their responsibilities before talking to the press.

Both would speak to the media, but Scaffidi would only talk about how the city was dealing with the tragedy. Edwards would provide reporters with updates on the investigation into the shooting.

At the first press conference, held hours after the shooting, Scaffidi focused on the impact of the tragedy on the city and tried to reassure Oak Creek citizens.

“My piece was very brief. It was a basic city message—that our thoughts and prayers were with the families of the victims and that the situation was under control,” said Scaffidi. “We were going to do everything within our power to calm everyone down. That was the message.”

Scaffidi also believes that, in any kind of crisis, officials shouldn’t give media updates unless they actually have something to say.

That first press conference on the day of the shooting didn’t take place until nearly six hours after the incident.

During that time, phones were ringing nonstop at City Hall and the Police Department—not to mention the personal cell phones of Scaffidi and Edwards.

“Our strategy on Sunday was, ‘We’re not talking to media because we don’t know enough about the situation and aren’t comfortable having a press conference,’” the mayor said

Scaffidi has watched other police agencies throughout the country deal with similar situations, and he’s miffed when he sees authorities provide hourly updates with no new information.

“There’s no reason to rush out there and talk to the media,” he said. “This shooting happened at 10:30 in the morning, and we didn’t say anything until 4 p.m. Don’t rush out there until you know that the situation is calm and that you have some actual information.”

When you do finally have information to provide, use every means possible to get it out there, Scaffidi advises.

After that Sunday afternoon press conference, authorities said nothing else to the media for the rest of the day. However, starting at 5 a.m. Monday morning, Scaffidi and Edwards did back-to-back-to-back appearances on the national morning news programs as well as local media before holding a joint press conference at 10 a.m.

Being accessible to the media was a key part of the city’s communications strategy throughout that first week—a week in which Scaffidi and Edwards conducted more than 150 interviews. The two didn’t turn down a single media request.

“If there are things that are public information, there’s no sense in trying to hide them,” Scaffidi said. “We talked about what we knew, what was helpful for the public to know—like that there was only one shooter—or whatever background we could provide on this person. Once we had information we could provide to the community, we didn’t hold back on that.”

Whether it’s the mayor of a city or the president of a corporation, Scaffidi believes it’s crucial that the leader of the organization play a prominent role during a time of crisis.

“There are a lot of cities where the mayor refuses to do any media. None. He’ll defer everything,” he said, “That’s fine, but as the leader of the city, if you’re deferring everything, I don’t think you’re doing your job. You’re asking a lot of the people who then have to make those announcements for you.”

“I think the mayor of a town where something like this happened needs to be out front. The police chief is not my boss—I’m his boss. So both of us had to be visible,” he said. “People can see that we’re together and on the same page. People want to hear that.”

If there are any personality differences among the leaders of an organization, they have to be set aside in a time of crisis. “You have to check your ego at the door,” Scaffidi said. “You need to be on the same page and be saying the same things.”

He added: “If you allow all that other crap to get in the way—even to the point of not allowing someone to speak because you don’t like them—you’ve got a problem.” PRN

On the day of the mass shooting in Oak Creek, Wis., authorities waited nearly six hours before talking to the press. “Our strategy on Sunday was, ‘We’re not talking to media because we don’t know enough about the situation and aren’t comfortable having a press conference,’” Oak Creek Mayor Steve Scaffidi said.

• Chose your words carefully. Simple misstatements can be easily misconstrued and escalate into something that you didn’t intend to say.

On the night of the shooting in Oak Creek, Scaffidi received a phone call from Steve Hogan, the mayor of Aurora, Colo., where 12 people were killed in a mass shooting just two weeks earlier. “He told me, ‘Talk about what you know. Don’t speculate.’ That has to be one of the basics for any mayor in this kind of situation,” Scaffidi said.

• Stick to the message. Determine in advance who is going to say what to the media. In the case of the Oak Creek mass shootings, the police chief talked about the crime and the investigation, while Scaffidi talked about how the city was dealing with the tragedy. “We knew each other’s borders and we didn’t cross them,” the mayor said.

• Be brief. “You don’t have to talk to for two hours to say something you could say in two minutes,” Scaffidi said. —M.M.

( This article is an excerpt from PR News’ Crisis Management Guidebook, Vol. 7. To order a copy, please go to www.prnewsonline.com/crisis-management-guidebook-vol7.)

CONTACT: Mark Maley is the public information manager for the Wisconsin Economic Development Corporation. He is also a Milwaukee-area journalist who directed the coverage of the Oak Creek temple shooting for Patch.com. Mark can be reached at mmaley1234@gmail.com.