During the past couple of weeks, all we see and read about is the government shutdown and the opening of the Website and exchanges for the Affordable Care Act (aka Obamacare). On a daily basis, we see Democrats and Republicans trying to shape the narrative and control the story and, therefore, public opinion.

As pioneers in marketing to women, our agency, Lippe Taylor, joined this complicated conversation by teaming up with SheSpeaks to release the “Affordable Care Act: Impact on Women Survey.”

The survey, which took the pulse of more than 1,000 women, is part of an ongoing partnership between Lippe Taylor and marketing agency SheSpeaks. The partnership is designed to help uncover insights and behavior related to women’s buying habits. Some of the findings include:

1. Half of the respondents said they believe Obamacare is confusing.

2. Only 22% said the law would benefit them and their families.

3. Many women don’t understand that it will help cover preexisting conditions, maternity care, birth control and other issues of importance to women’s health.

Once the government shutdown happened, we quickly worked with SheSpeaks to do a follow-up poll, to supplement our original survey.

Aliza Freud, CEO of SheSpeaks, said that one noteworthy aspect of the survey is the potential impact on spending, with 44% of women surveyed saying they will spend less money due to the uncertainty of the shutdown.

Ultimately, we took some of the most compelling statistics and translated the research into key messages, headlines and a couple of infographics to release to the media and share online. We are also using this information in conversations with influencers and marketers.

The effort by the Obama administration to communicate the benefits of the law (or lack thereof) offers some lessons for PR execs grappling with how to take a complicated subject and translate it into something simple and easy to digest.

1. Be fluent in data and conversational in visuals. I spent a semester in Paris during college. These days, I would describe my French as conversational, meaning I can make myself understood and generally understand what’s being said to me.

Similarly, when it comes to handling a complicated subject like Obamacare, I recommend that you take a deep dive into the research. It’s for us as communicators to be fluent in the subject.

But your target audience or consumer doesn’t necessarily need or want to be fluent; they need to be conversational. You want consumers to be able to converse comfortably about the topic. Look for either one to two key statistics that can be an easy-to-share headline or infographic.

2. Bring something fresh and timely (both for the media and social sharing). While we had planned to do the research on Obamacare, the quick poll on the government shutdown provided the media with data in real time. It also helps to be timely when encouraging consumers and influencers to share information on their social media channels.

3. Create a device. Whether it’s a 12-step process or creating a name for your research or methodology, it helps to give something a good moniker. Naming a program or a process makes it both easier for your audience to understand. For example, some proponents of the Affordable Care Act took to social media, renaming it the “Adorable Care Act.”

4. Use every day analogies. Remember the SAT section that asked, “This is to that as blah is to blech,” or something like that? It made you compare things. I’ve sat in meetings with clients explaining very complicated science matters or certain technologies. And then the “Aha! Moment” arrives. Someone listens closely and figures out an easier way to explain the technology by comparing it to something commonly understood.

5. Less really is more. When it comes to marketing something that’s complex I try to explain it for the consumer in a way that I would explain it to a friend. As marketers we tend to want to overexplain and over program. Resist this urge.

A thread that should go though all communications about a complicated subject is not to use fancy language or too many words.

The more complicated a topic is, the more straightforward the explanation of what it is and what’s in it for the consumer. PRN 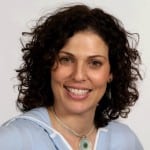 Lori Rubinson is chief strategy officer of Lippe Taylor. She also hosts a sports talk radio show on weekends on WFAN. Lori can be reached at lrubinson@lippetaylor.com.

This article originally appeared in the November 11, 2013 issue of PR News.