In virtually every crisis, there is someone, or some group, who is ultimately seen as the victim. And there is another person or group viewed as responsible. The goal of any good crisis-communications plan is to find the balance between being authentic and taking responsibility if appropriate, and not being seen as the perpetrator of the crisis—a sort of tightrope between blame and empathy.

When it abruptly announced the firing of Executive Editor Jill Abramson, The New York Times Co. gave little explanation and virtually locked down all communications—most likely on orders from the company’s attorneys.

Into the vacuum stepped all the other media, which jumped at the chance to dig into a story about a competitor in crisis.

Speculation about the role of Abramson’s gender (she was the first-ever female editor), her personality—which some called “abrasive”—and maneuverings of other players jockeying for jobs dominated the discussion.

But while the Times Co.’s leadership was silent, Abramson was not. She took full advantage of her notoriety to put her side of the story front and center. The day after she was fired, she confirmed that she would give the graduation speech to Wake Forest University that had been booked months earlier.

After several days of silence, Arthur Sulzberger, Jr., publisher of the Times and Chairman of the Times Co., spoke out on the crisis, attempting to peg the blame on Abramson. But at a time when women have led or a leading major institutions and companies, the comments came off as sexist and reactionary.

Sulzberger’s talking points sounded as if they were crafted by a law firm, and the vagueness of his accusations just led to further speculation within the media scrum.

Target has walked its fair share of blame/empathy lines in recent months, revealing late last December the largest security breach in retail history. That was followed by the ouster of its CEO and, most recently, an embarrassing email from a disgruntled employee that was leaked to Gawker.

But its handling of the most recent crisis showed that it may be getting better at the balancing act.

Rather than do what most corporations would have done 10 years ago and dismiss it, Target CMO Jeff Jones confronted it head-on with a remarkably open, honest and authentic letter published on LinkedIn.

The first reaction most pundits had was not to the nature of the crisis but the choice of the medium. As in, “Linked-in? Really?”

Nevertheless, the resulting publicity gave huge kudos to Jeff Jones (rumored to be the company’s next CEO), while the initial “victim” ended up sounding like a disengaged, whining employee of which any large company probably has dozens. 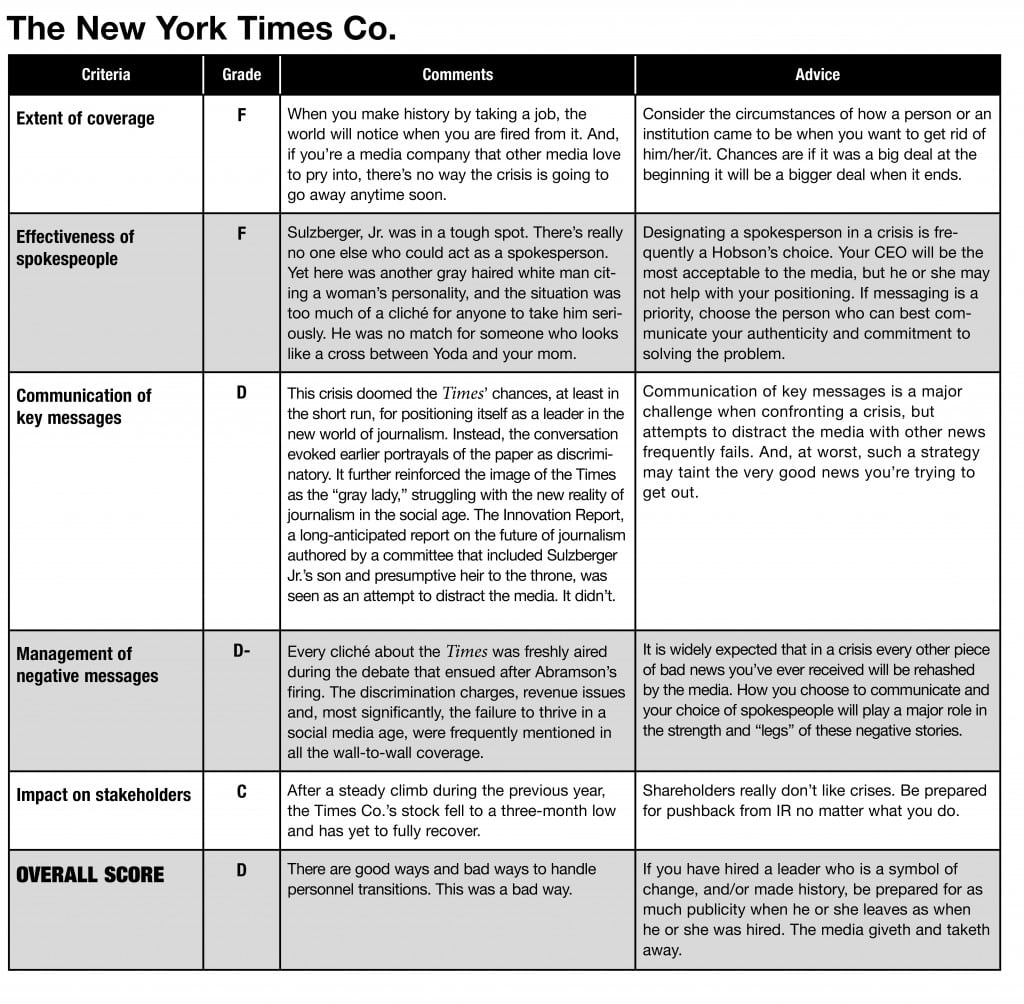 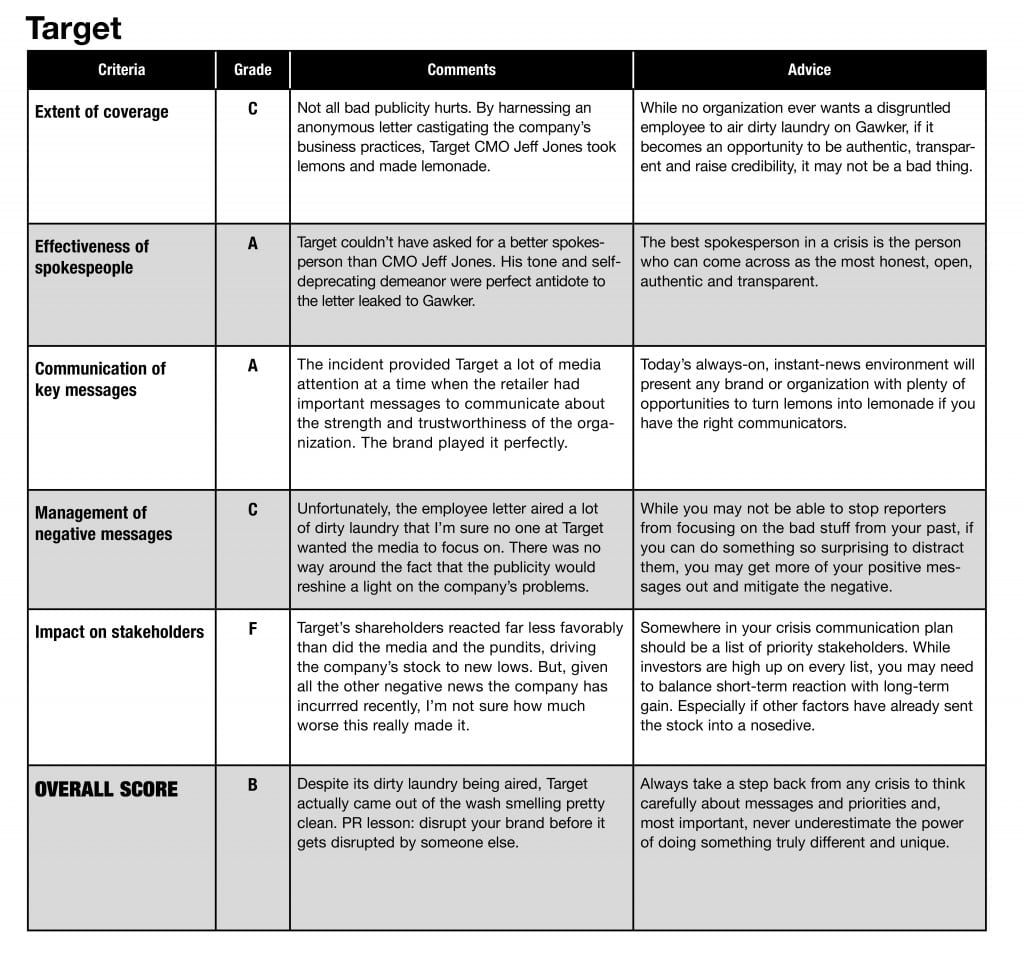 Katie Paine is CEO of Paine Publishing. She can be reached at measurementqueen@gmail.com. Follow her on Twitter, @queenofmetrics