Starbucks and SeaWorld kicked off integrated messaging campaigns in the last month that were based on the most fundamental premise of good PR: Symmetrical (two-way) conversations are preferable to one-way. Both tightly integrated paid media with earned and owned. And both—judging from media and consumer reaction—failed spectacularly. It’s too soon to tell whether the campaigns ultimately failed to achieve their goals, but there are key differences in how they were managed.

In both cases, the opposite happened. The conversation went in directions that took the brands by surprise.

And while social media can be unpredictable, research and testing up front might have avoided some of the negative consequences.

SeaWorld is in a tough spot. Its stock price has been in free fall for months, ticket sales are declining steadily (attributable to the documentary, Blackfish), while an ongoing war with the People for Ethical Treatment of Animals (PETA) hasn’t helped.

To make matters worse, former SeaWorld trainer John Hargrove is in the middle of a book tour for his expose of life at SeaWorld. While the company claims the timing of its new integrated marketing campaign simply is “coincidental,” it’s hard to believe that no one at SeaWorld knew the book was coming. Adding fuel to the fire, just prior to a recent book signing SeaWorld released a video to the media showing Hargrove using racist language.

What better way to restore trust than with transparency? The SeaWorld campaign adopted what most PR people would applaud as an invitation to a two-way dialogue. The integrated marketing campaign includes published research studies, videos, articles and TV ads that welcome questions and highlight SeaWorld’s scientific leadership on the subject of killer whales.

Despite being familiar with social media, the company underestimated the size and strength of the opposing army that ambushed it on Twitter.

The stated objective was to stimulate conversation, empathy and compassion, and then to broaden the dialogue beyond Starbucks. It kicked off with baristas writing ‘Race Together’ on coffee cups and encouraging them to have conversations with customers about race. Not surprisingly, customers complained via Twitter about slower service and the campaign became the butt of late-night jokes. After one week, the barista portion of the campaign was scrapped.

A larger campaign will continue, though, as Starbucks also announced changes in its hiring practices. 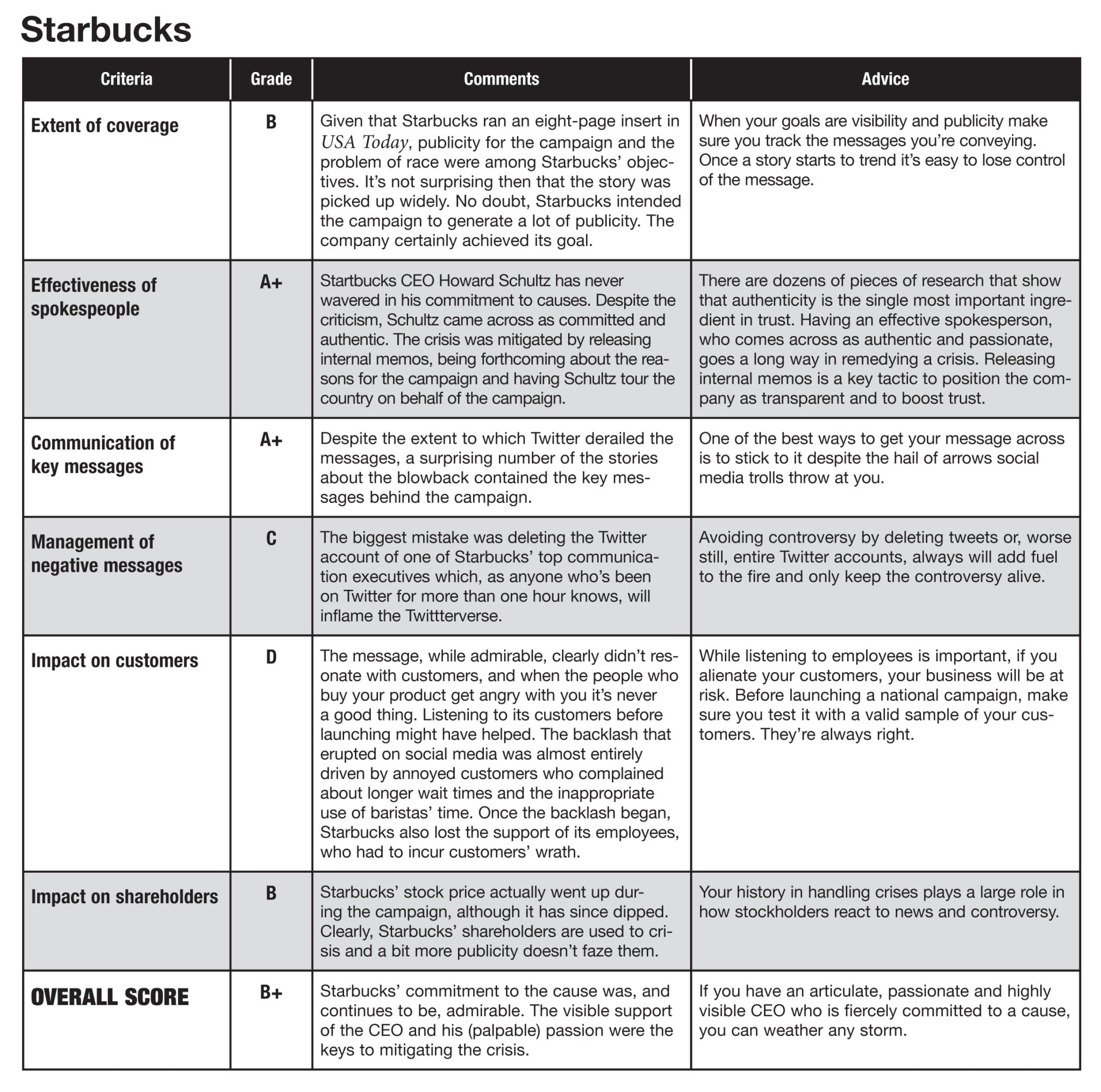 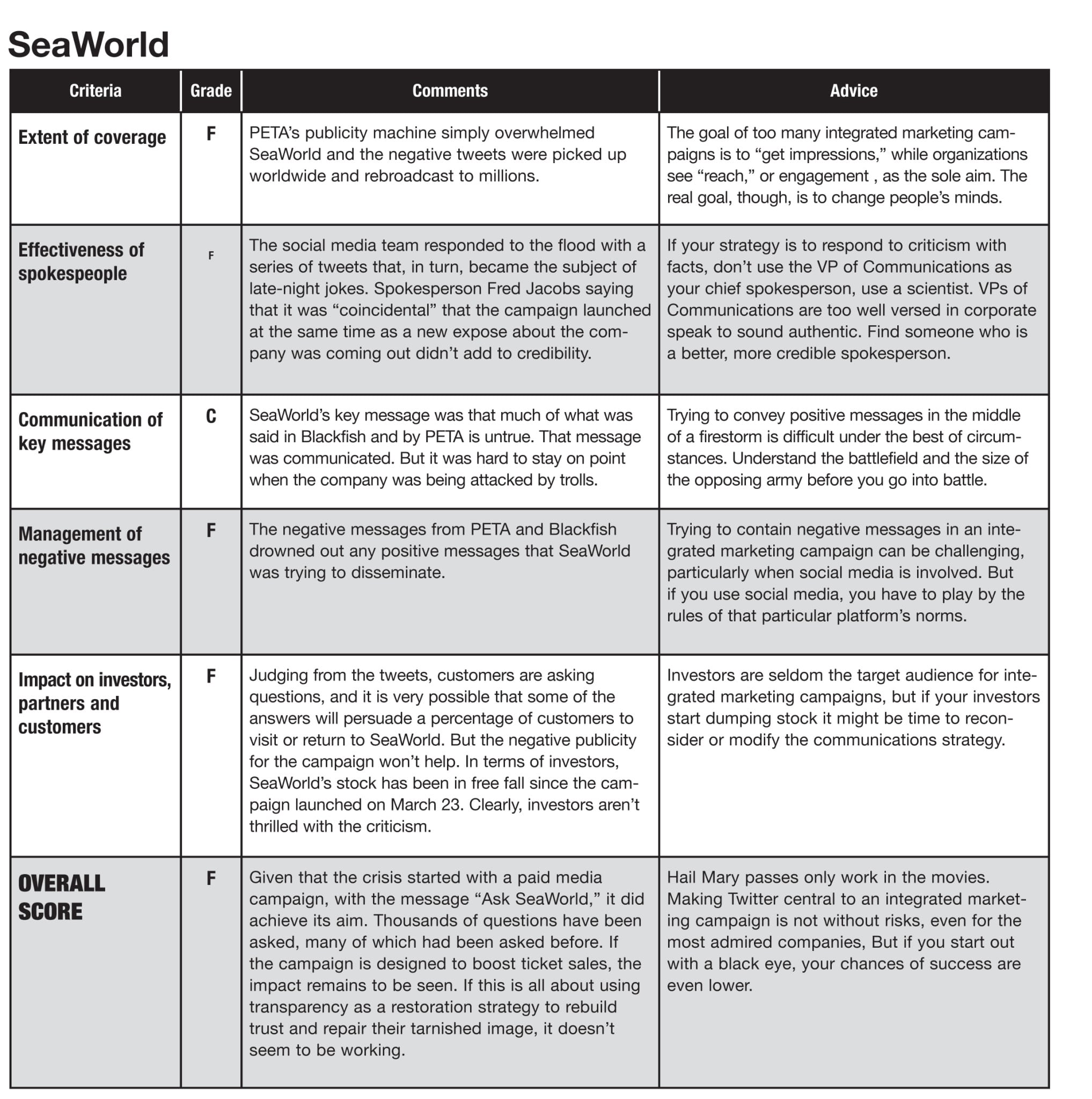 Katie Paine is CEO of Paine Publishing. She can be reached at [email protected]