From a communications standpoint, the Sochi 2014 Winter Olympics Games did not get off to a very auspicious start. The storylines during the run-up to the Games were mostly negative. There have been protests for months against Russia’s human rights record and its discriminatory laws and attitude against gay people have generated controversy. There were reports of packs of stray dogs being shot by the government. Of yellow water in the hotel rooms. And of pink eye (suffered by NBC Olympic host Bob Costas). There were complaints from the atheletes about the safety of the halfpipe.

Following the Opening Ceremony, the media narrative shifted back to the competition and athletes.

The underlying message for the Olympics remains uncertain and a bit troubled. And, in an event of this magnitude, PR pros at the IOC (International Olympic Committee) must be in crisis mode 24/7.

There are important things to learn from the Olympics about communications—lessons that apply in all kinds of PR initiatives. (Of course, it’s hard to measure against the Olympics. When you’re involved in an event with that kind of scale—lots of moving parts, dozens, even hundreds of partners, and the potential for the unexpected—the task is much larger.) But the principles remain the same. PR pros have to stay ahead and drive the messaging. Communicators not only have to map out a PR plan for before, during and after the program, they have to anticipate and prepare for the worst.

Even if you’re holding an event that you’ve done before, conducting practice crisis drills is crucial, according to Stan Collender, executive VP of Qorvis/MSL Group. “If you wait till the event starts you’re playing defense the whole time,” he said. “You have to tell the story you want to tell.”

In terms of preparation, PR people need to brainstorm on what can go wrong, he added. “How would you handle it? Who’s going to be the spokesperson?”

Any big event—a shareholder meeting or major industrial conference, for example—is going to have multiple voices swirling through the proceedings, vying for attention from the media and/or consumers.

“You have to own the conversation,” said Ethan Rasiel, CEO of Lightspeed Public Relations and a former director of PR at Samsung Electronics America. “There may be negativity. Balance that with positive imagery and public information.”

Creating a balance—and appreciating that you can’t control how the program unfolds—is one of several ways to approach a multifaceted event, according to Rasiel. Some others:

▶ Transparency. When something does go awry, own up to it quickly and don’t try to downplay what happened, which will make more people even more interested than they might otherwise be.

▶ Humor. It’s helpful to try and put things into perspective and humanize a serious situation.

(However, going this route to get your message out may depend on how risk-averse your brand is. For example, the Canadian Institute of Diversity and Inclusion (CIDI) released a 33-second video featuring two athletes rocking back and forth on a sled with the message that the Olympic Games “have always been a little gay.” But American doubles luger Christian Niccum blasted the ad, telling The Toronto Sun, “To compare sports to sexuality is ridiculous.”)

▶ Take the long view. Depending on the severity of what happened, what was said or what went wrong, respond accordingly and try not to overreact, which only compounds the situation.

“In PR it’s in our nature to take action versus inaction,” Rasiel said. “But by doing something you can create a fresh new cycle and draw more attention to a problem. You don’t have to respond to every single negative story.” PRN

Going for the Goldin PR Flexibility

As the Sochi Olympics reaches its peak, all attention is appropriately focused on the athletes and their sports. When 2,800 athletes, from 88 countries, descend on any country it can cause disruption, angst and financial strain on the strongest economies. For Russia, a country that has never been entirely comfortable living in the current century, the stresses and exposure to the rest of the world have been revealing, but with flexibility the Games got off to an encouraging start.

After the Olympic torch was burning, the focus turned toward the Games and especially on the athletes. But, again, flexibility became critical on everything from the condition of the venues to the temperature of the surface of the ice. For the Olympic brand, it’s now about advancing toward the gold rather and letting personal discomforts recede into the background.

Flexibility for the marketer in these high-stakes events is also critical to a winning outcome. Sport sponsorships are massive bets in any Olympic Games. Anything can happen: The expected winner can lose, or an underdog can rise to the occasion and gain the podium. That is the beauty of the Olympic Games. So, how do communicators deal with branding or public relations events that are out of your control?

Here are some suggestions for managing your brand on the fly:

• Keep your marketing plans flexible. You may have your plans built around one athlete, or event, but you should plan ahead for every possible contingency.

• Have an alternative if the unexpected should happen. An escape route both for your personal safety and the brand being marketed.

• Know the personalities of every athlete. Will they represent your product well?

• Be ready to double-down if you have hit a big winner.

Prior to the start of the Games pictures of personal discomfort, such as side-by-side toilets and water unfit for washing, took up a lot of the media bandwidth. The venues presented a host of difficulties that were less than ideal. Yet the Sochi Olympics will be a gold medal winner for having survived it with a smile. The real winners were the ones who maintained a sense of flexibility. 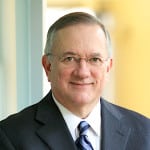 This article was written by Jim Gregory, founder and chairman of CoreBrand. He can be reached at jgregory@corebrand.com.